In The News - Most Expensive Bike in U.K 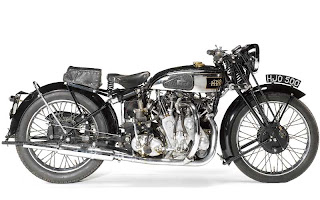 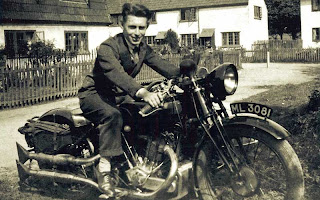 No, its not the MV Augusta F4CC or the Ducati Desmosedici D16RR. Neither is it a customized bike by Goldhammer or OCC. Its actually a 70 years old bike. And of course it HAS to be a "VINCENT". This Vincent-HRD Series-A Rapide, which you see in the pictures above is the most expensive bike ever sold at auction in the UK.

Anyway, the bikes were part of the private collection of a single man!!! the late vintage motorcycle dealer Brian R Verrall of South London. In all there were 26 bikes which collectively raked in a whooping £1.3m. In fact the Brough Superior record of £166500 was broken twice, that is just before the Vincent went for the hammer, a 1927 Zenith-JAP Championship Motorcycle Combination was sold for £180000. Both the bikes were estimated at £120,000-£150,000. The auction attracted more than 300 bidders along with telephone bidders from around the world.