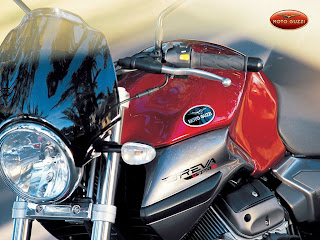 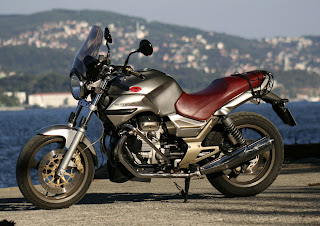 Road / Street Bikes... Upto the 80s, they were the masters, bikes simply meant naked street bikes for everyday use and some more. Then came the aerodynamic Sportsbike which were by far NOT good looking with plastics all around and then came chrome & metal Cruisers which were NOT the most comfortable bikes to ride and somehow in between Street Bikes were pushed to the background. Well, not exactly, a Monster or K 1200S was always there but the focus had definitely shifted with people's demand for more power or being more stylish. And sadly, the models which are available in the market hardly gets an update like the Sportsbike which gets an upgrade on a yearly basis. Anyway, in this scenario, often we miss some great products, just like this one... The Moto Guzzi Breva V750 I.E. What do you want in a bike? In a random order, probably looks, style, comfort, power and if we can save some money also, who is complaning? If you think alike, then look at the Breva V750. Its more than good looking, oodles of style, comfort... c'mon its a Guzzi, power is a decent 48 bhp which will see you happily cross the century miles per hour mark and the price is 7000 odd dollars (c'mon its a Guzzi). At least, I am sold and hooked. 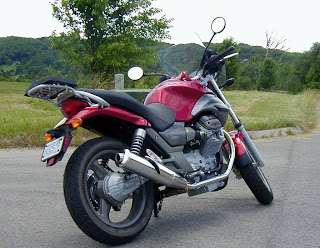 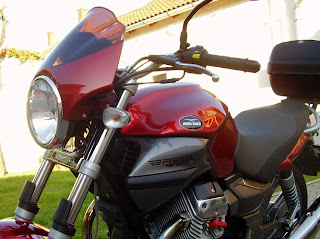 The 750 Breva started in 2003. There are as you know 4 models now in the Breva series, the 750, the 850, the 1100 and now the 1200. The two larger models differ significantly from the 750 — feauring the CARC suspension and enhanced performance. The word 'Breva' is actually the name of a breeze that blows across the Lago di Lecco, above whose shores the factory is located.
This beautiful 744cc V-Twin machine was introduced at Intermot 2002, Munich. The ease of maintenance and durability of a Moto Guzzi and the even, flat torque curve of the 750 makes the engine suitable to everyday use. The first 750 were delivered in 2003 celebrating the company's anniversary. Just for the record, the Breva 850 (877 cc) was introduced in 2006 and the 1100 (1,064 cc) was introduced in 2005 and the 1100 also has a ABS version. The 1200 (also with ABS) has been their last launch from the Breva series.
With the Breva V750 I.E what Moto Guzzi has created is a street standard for the next millennium. The focus for Guzzi definitely seems to be on the Breva series. You see this is the last definite new model from Guzzi. Yes, the Scura or the Grislo are also new, but they are more like extensions, right? And why not focus on the 750? All the Guzzi models are mostly 1100 and above. Many a Guzzi lover really want a smaller engine capacity and this 750 has helped Guzzi tap a much bigger market. Maybe Moto Guzzi is not a niche market like MV Augusta anymore, but then even MV has announched the below 700 cc motorcycle which means the middleweight category means serious business. 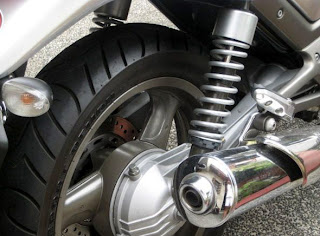 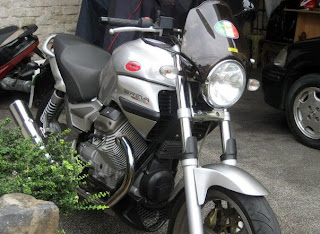 Coming back to the 750, with a seat height of low 29 inches, Guzzi is clearly aiming for the city riding/ street bike market. With a 90 degree angle to the knees and a almost upright position, you should be able to drive it all day long. The flat curve of torque means that the 750 is a pleasure to cruise in highways just as it is for fun in city driving. But that also means it will give you adequate ammount of adrenaline rush. Handling will obvious be a first rate (c'mon, its a Guzzi) and anyway Guzzis always have a rock solid center of gravity. Ride quality again cant be compromized, so it has the smoothness of the Marzocchi suspension system. For better efficiency, the bike is fuel injected. And better still, Guzzi sticks with its shaft drive system which means you won’t be lubing a chain every 500 miles and Guzzi has made it sure that you can go out for weekends with the 18 litres fuel tank. But lets not forget that going for a weekend, you may need something extra. So Guzzi will give you that. For accessories, you can order a windshield, center stand, tank and rear bag systems, a low profile seat and a rear suspension kit. So its customized. A customized bike with all that you NEED in a very good bike. It looks I am almost doing a promo for the Breva V750!
48 hp coming from a 744cc V-Twin is not exactly powerful enough, but lets ponder, what are you really going to do with all the 100bhp out of a 600cc sportsbike except for those occasional bursts. If you ride even 3 hours a day in total, how many minutes would you really ride on a above 100 mph mode? Fact is the Breva V750 has all the power you need basically and the est thing is, the engine will not be stressed which means its going to last verrry long. That would also justify the price, ain't it? The bike is torquey enough, very well engineered as mentioned earlier for daily use. What's more relevant though is that the maximum torque figure of 41 foot-pounds is produced at just 3600 rpm, giving the Breva an effortless, low-revving flexibility that's just right for an entry-level model such as this. This is the bike Moto Guzzi is banking upon for recovery and Moto Guzzi has surely recovered. Since 2002 when Aprilia has taken over Guzzi, they are more focussed than ever before, with production increasing by double to more than 10,000 bikes a year. FYI, Moto Guzzi is the oldest motorcycle marque from Italy. 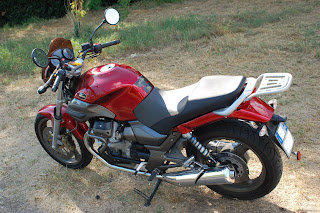 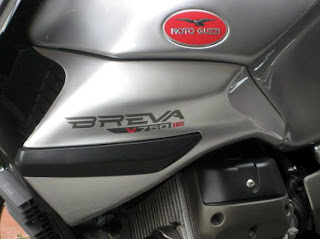 The Breva forms the base for a series of new models that will form three distinct families of bikes. One is the Standard and Touring machines, such as this Breva 750 and the larger sisters, second is a line up of Sportbikes, such as the MGS 01 (Click on the link, its WOW! its a Naked Sportsbike with front fairing). And then there will be traditional classics like the Grislo, Norge, California, Neveda of which the last two are solely marketed for the U.S. Aprilia Boss Beggio confirms "We are introducing an entry-level model first because this was something missing from our range. The key concept is simplicity. We wanted an upright riding position, a low seat partly to make the bike good for women riders as well as men, and good performance in the city, mixed roads and motorways."
The air-cooled, transverse V-twin engine is held in a twin-downtube steel frame, with a non-adjustable front fork, twin rear shocks and a single disc brake at each end. The chassis is new, and although the 744cc powerplant is based on Guzzi's previous V75 unit, recently seen in the Nevada and although little changed since the 1980s, this time there are substantial improvements like the previously mentioned Feul injection system which is sourced from Weber-Marelli. This goes along with a larger and more efficient airbox designed to allow easy filter replacement. Then the pistons have a new anti-wear coating and revised ring design, Camshaft profile is revised, the lubrication system is updated, and the new twin-silencer exhaust incorporates a catalytic converter. 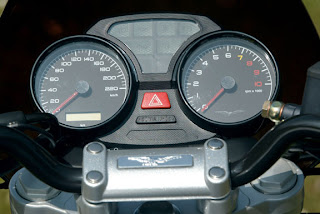 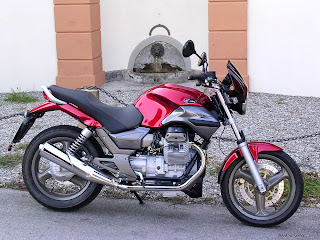 So, beneath the traditional looking engine lies a modern piece of machinary. The gear box is 5-speed and best of all, the single-plate dry clutch now has new friction material and more precise alignment and is balanced to reduce vibration. The twin-downtube steel frame holds a 40mm Marzocchi fork and a pair of angled-forward Bitubo shocks. Vibrations are almost negligable even at the red lined 8000 rpm.
Speed and power is definitely not the Breva V750's strength and it never hides that fact. The bike is not meant for hard and harsh riding although it can very well take all that, but cruise at 90 mph and you will know that this is a motorcycle you will surely start loving with time.
For a 750cc, it weighs a reasonable 182kg, which means you will also get a very good mileage. Basically, good suspensions, short wheelbase pf 1449mm good grip from the Bridgestone BT45 tyres and all the above mentioned features makes the Breva V750 a very decent all round bike.
At a list price of $7,490, the bike is both affordable and a good choice for someone looking seriously at street standards. 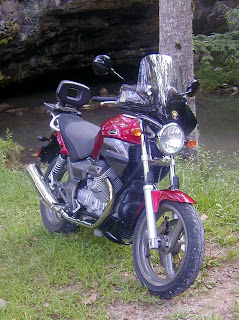 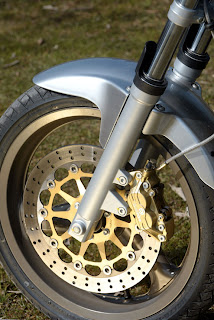 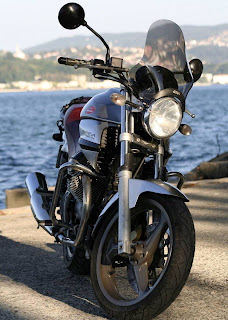