In The News - BMW & DUCATI in EICMA

Well EICMA at Milan has always ben a Motorcycle manufacturers haven with major launches and concepts display. The November event this year is being no different with major brands launching their products like the KTM 1190 RC8 R, the Bimota DB7 Oronero, the Benelli Tre-K 899, concepts like the Aprilia Mana X. Among all these 2 companies and their bikes needs a special mention probably because they are special companies in a way. I am referring to BMW's Lo Rider Concept motorcycle and Ducati's Streetfighter. 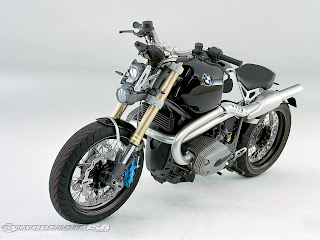 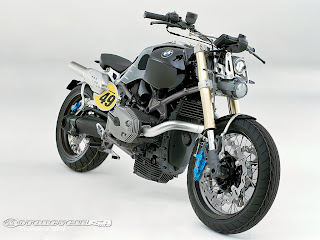 The reasons are very very different. The BMW Lo Rider is a concept bike to gauge people's reaction. And why? Because bikers can ACTUALLY customize their bike in the BMW factory! A novel way for BMW, no doubt. After a a BMW (arguably) makes the world's best bikes. Period. Yes, the looks are a bit unconvincing, but what lies beneath those looks are solid gold. So it is only a very very nice move from BMW now that bikers can customize the looks of his/ her BMW. According to the BMW German website where this information is sourced from, "Motorcycling is freedom, independence, away from everyday life, purely in their own world... own personality to express his bike - that is the philosophy of a design study" led by David Robb, Head of Design. 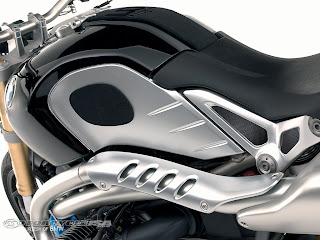 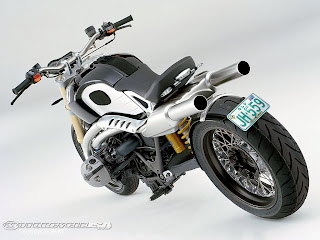 What you will definitely get is the 100 horsepower Boxer twin legendary engine. Anything else... you can just wish or design. There are so many options that you can make it a mean streetfighter or a cool cruiser, hey, even a cafe racer! Just to name a wide variety of options, spoke or alloy wheels, shotgun or low-Srambler high exhaust, single or dual seat, street fighter lights or classic round headlights, you even have the options of four colours to choose for your tank beside the fact that your tank can have aluminium trim if you prefer and three engine colors as well. Starting from the front fender through the handle bars, the tank, the seat , the mufflers to the tail piece, everything can be customized. Its going to be YOUR BMW. 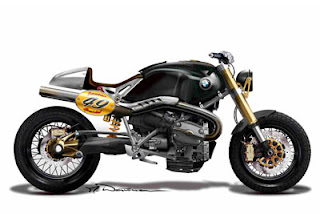 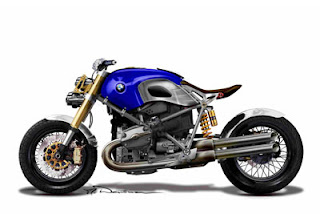 What you see here is a roadster concept with a low riding position with a broad handle bar gives it a naked sporty look yet has some charecteristics from the cruiser segment. The website BMW have posted quite a few options as to what the final product can look like. Visit the website for more information. Source of main actual images - Motorycle USA. 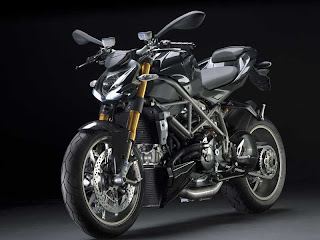 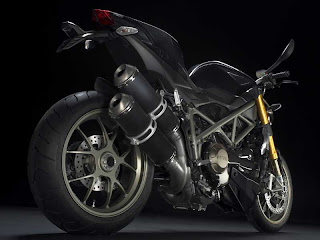 Now the other bike... The Ducati Streetfighter. Whatever Ducati does, it is style personified. Ducati has promoted this bike much before its launch at EICMA through its website stating... 'Coming... November 4th'. The whole world was fixated on the morning of November 3rd, opening day at EICMA, people were scampering for first looks, maybe a sneek peek, after all its a Ducati! And it has been the biggest star at EICMA. This is the naked version of the 1098 and as the website states it has the 'Soul of a Superbike - Attitude of a fighter'. It has all the ingredients of the 1098 in a road version. Whenever Ducati does something, people stand up and appreciate. It has been stipped down. Period. So what you will get is onehellofasonofagun witha whopping 155 hp L-Twin engine that will beat any road bike in God's Green Earth. The essence of a Ducati has always been a superb engine with styling to die for. No bike with fairings look better than a 916, there is no bike in earth that can come close to looking as good as the Ducati Classic Sport with all due respect to Triumph Cafe Racer and Honda CB 1100. Ducatis are icons. 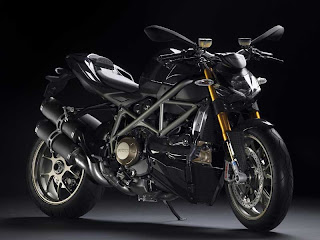 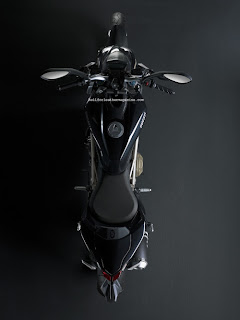 The Streetfighter is built with pure Ducati sophistication. Everything in it is A class. Now I did mention that bothe the bikes were featured for very different reasons. The point I am trying to make is that if you read through the various websites featuring the Streetfighter, you will read about its naked styling and the powerhouse unit of 1098. See, we all know the 1098, that was an instant classic. Its futile taking about what it is capable of. The Streetfighter as such, we know what it can do on the road. What most of the websites are not writing about is the styling. I mean, no one has really gone ballistic over the designs. Sure, its a Ducati, but somehow, the front end doesn't really look like a Duc. Just somehow feel that Ducati just seems to have overdone the bike. Now let me be very clear, I know lots of thinking and skills of very very high professionals and experience has got behing it and I should be ono one to judge its looks, but from a pure individualistic opinion whio is a hardcore Ducati fan, probably I was expecting something different, if not more. Somewhere, it has some cues of MV. Yes, the trelis frame is there, but it just seems like its over muscled, just a bit of too much steroids. Individualy, the front headlamp is stunning, but its somehow not gelling with the cluster combo and the mirrors looks somewhat odd. The tank also looks a bit to bulky. I dont know, but except for a few sites, none of the major sites has really said ANYTHING about the looks. Any other company, this bike would be their flagship model, of course as mentioned, EVERYTHING in the bike is A class and you just cant go wrong with a Duc, but from a purely 'looks' view, I think I will wait for its reviews till its launched in the Spring of 2009.
Images Source - MCN. Also visit the official DUCATI STREETFIGHTER website.