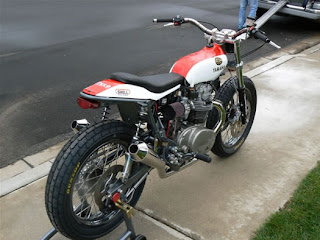 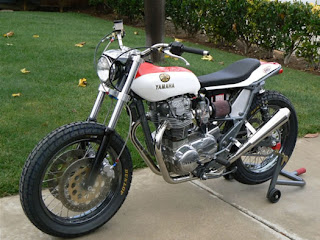 Mr. Richard Pollock is essentially a Street Tracker man. Owner of Mule Motorcycles, he customizes requests from any part of the world as long as it is a Street Tracker or at least so far has been. From Sporster based Streettrackers to Yvonne (another customized Sportster named after the customer) to the Madonna Bike (yet another customized Sporster streettracker for a customer who is a photographer and had photographed the singer for a magazine) to doing basic chassis package, painted, powder coated, complete rolling chassis with exhaust like the bike for Simone of Italy, Richard Pollock does it all… alone. Yes, he is a one-man custom shop. And to start the post, let me tell you, he does the entire staff, not just the tank and handlebar cosmetic type. 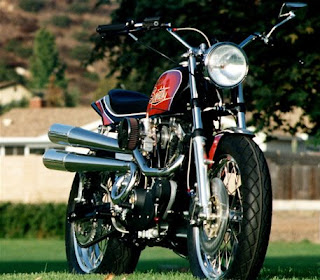 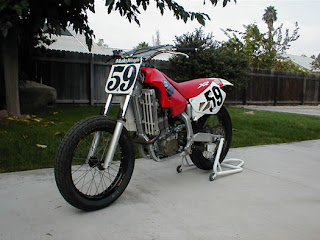 From the site, it is evident his focus is more on HDs and Yamahas where we are slowly getting at, but he also has done a Triumph, he does lots of Race Bikes and as in the index page, he is working on the Mule Gabe.
Personally to me, his best work is seen on the HD XR1600. Its a big bike and trust me customizing bigger bikes are really difficult, but the XR looks amazing, you know if-looks-could-kill type. 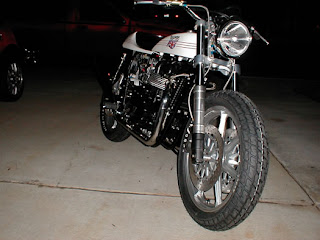 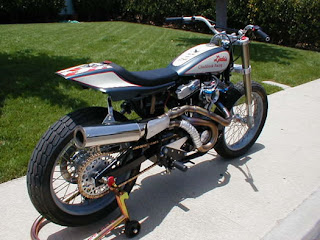 Mr. Pollock actually started his passion when he got his first 'real' bike, incidentally a scrambler, the 250cc HONDA CL72. Slowly he started racing motocross on a CZ. To satiate his hunger for always cutting and chopping his bikes, he enrolled himselved for formal mechanical training at AMI and a few Honda schools. Continuing his love for race tracks especially flat tracks, he moved to Southern California and spent a decade with Yamaha after which he finally moved to aerospace manufacturing which became the beginning of "fabricating high dollar parts with strict quality and craftsmanship standards". And it shows! 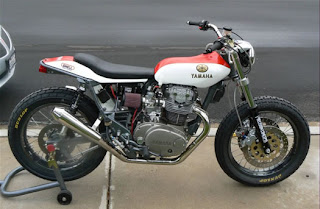 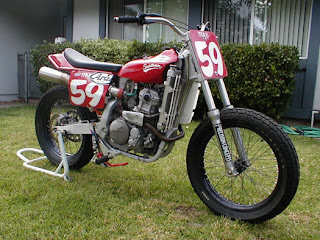 And there is one thing he strongly believes "...almost anything is possible as far as design and construction of parts and materials is concerned. It may take a bit of head scratching, brainstorming and a bunch of pictures and money, but anything IS possible." 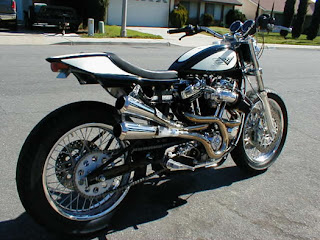 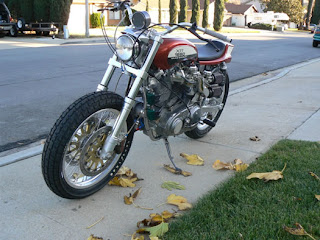 As he works alone, he takes his time in building your bike streching from 8 to 12 months, so if you are in a hurry, well... He tries everything and if you look through the galleries, you will know what I mean. When he makes a bike, he MAKES them, just doesn't copy paste type. The pictures illustarte the detailing he goes through. Some are unconventional ideas, but he does experiment and the end result is pretty impressive.
Hand building each part of a bike is really painful, but he does it for all his creations. From the exhaust systems to wheels, brakes and tanks, all are hand-built differently for each project and as he says most of the frames differ slightly from one another. And all are high quality products used. 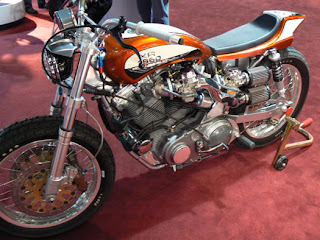 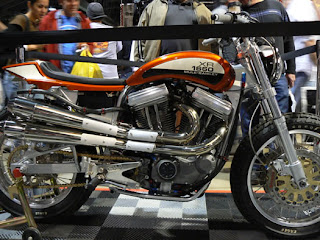 And such the high cost is inevitable. It will probably not make sense to many customers to shell out something like USD 20k when he can jolly well purchage a HD or a Ducati, but Mr. Pollock gives you an option unlike HD or Ducati... to build the bike AS YOU WANT.
How much for a bike like those on the website? 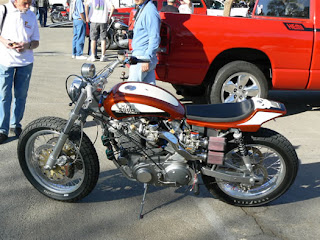 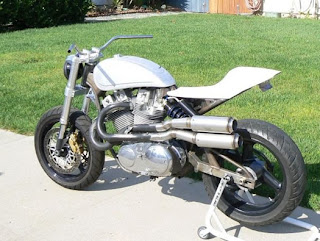 And where does all the dough go? In building the chassis as he tells you. "The chassis doesn’t care if it’s a Sportster, Buell, Yamaha XS650, TT500, Ducati916 or a new Bonneville power plant. Also, the frame work, suspension, brakes, tank and seat costs have no dependency on the motor choice. Motor choice is simply a factor of what you want for your ride and how much power you want." Just FYI, "You can expect an XS650 Yamaha-based bike to start at approximately $18,000, and the Harley-based bikes to start in the $26,000 range. The Harleys tend to cost more due to the added complexity of the build." 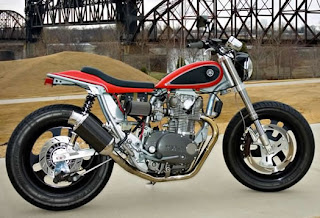 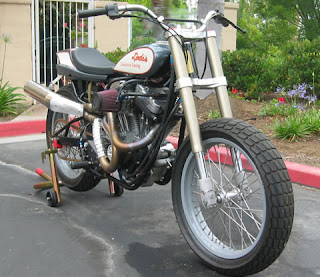 As for the help he gets, beside doing most of the stuff himself, he talks help from a paint shop for the painting, another guy who does the graphics (air brush), for polishing, a polishing and anodizing shop, an aerospace company that does the powdercoating, beadblasting and CAD-plating of steel components and the fuel tanks are made by an artist. All in all, if you want a bike, more so a Street tracker that has the go along with the show, you can start with emailing him @ rocketboy@cox.net or you can call him at 858.442.9536. Visit Mule Motorcycles, I am sure you will enjoy the bikes even if you are not keen on customizing your babe. 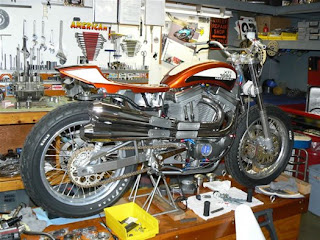 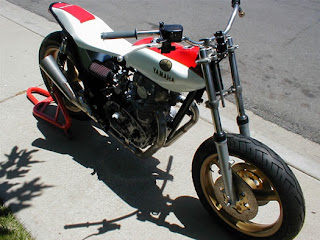