Was the Indiana really DUCATI? 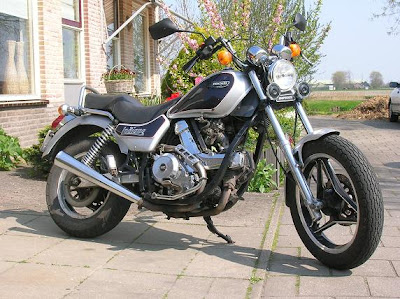 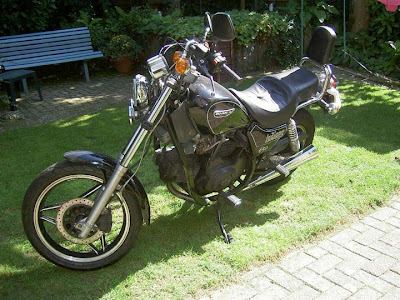 Have you ever wondered why DUCATI doesn’t have a cruiser bike on their line up? There have been prototypes and custom bikes, but currently and even on recall, you cannot really remember a Ducati cruiser on the flick of a thought. All stories cannot be a success story even if they are from a prolific writer. One such story is about the DUCATI INDIANA, the first probable production cruiser bike from Ducati. Although the Ducati Company has a big list of successful projects under their name and one hardly associates Ducati with failure, this is such a story which is not a failure by normal standards, but by the high standards of Ducati. Most of us have probably heard about the Indiana over coffee talks or on forums, so let’s see what was the Indiana all about?
Ducati has been working on a cruiser bike or rather modifying a tourer bike to a cruiser in the early 80s and of course it was aimed at the U.S market where cruisers are still the preferred type of 2 wheelers. For a fact, the Indiana had everything going for it, it had the wonderful engine of the Pantah working on it, it had Ducati’s high component materials and it looked like a cruiser or did it? It looked more like a chopper cruiser mixed in the backyard of a chopper biker and that kind of thing is definitely not expected from Ducati. The model which did make out in the U.S in 1987 was the 750cc version although Ducati had previously introduced the same bike in smaller versions of 350cc and 650cc in the 1985 Milan show.
The Indiana was first presented in Milan as early as 1965, being equipped with the Pantah 350cc single engine. The 350 version was only manufactured for the Italian market and supposedly only 300 were ever made. Then came the twin cylinder 650 in the 80s and then there was the market rising for cruiser bikes in U.S and Ducati wanted to have a piece of the pie. The Pantah engine itself has a big success story for Ducati. To its credit, the Pantah recorded four successive titles of world champion class F2 (from 1981 to 1984). 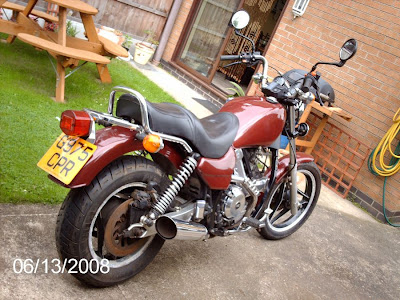 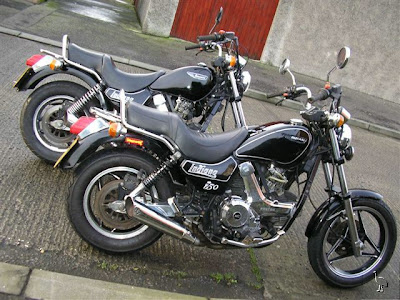 And here is where the plot went wrong. Instead of working on a new concept with the brilliant engine, they worked on the Ducati E900 or Cagiva Elefant. Yes it doesn’t look the Elefant at all, but fact is Ducati modified it and they did it very cleverly. To get to the cruiser line, there were the new shockers in place of the monoshock, but look at the front forks closely, they are similar. 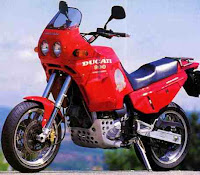 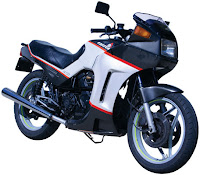 The wheels are from the Cagiva Alazzurra.
Part by part or mechnically, you cannot point a finger at the Indiana, it was so good. It was one of the best performing and handling cruisers in the market at that time. It had a V-Twin engine, comfortable seats, wide handlebars, stretch your legs position and everything you want from a cruiser, but it was the looks, tell me honestly would you not say that this bike looks like a HD inspired Japanese bike that were making the rounds in nth numbers during those years? You just have to take away the Ducati logo and it will be hard to tell which Japanese company manufactured it. And the thing is it was not even Japanese. And had it been from any other company, maybe for the sheer brilliant engine, people would have accepted it, but there is a heritage associated with all legendary brands and market surveys says more than half of bikers look for that heritage traditional thing in their bikes, more so if it is a big bike.
What was Ducati thinking? Well, they thought since cruiser is the in thing, anything that looks like a cruiser and performs better than any cruiser available has to be a success. For once, they were wrong. People associate themselves with HD mot for the performance, but for the image of being ‘cool’ and similarly Kawasaki does not make the best looking bikes, but what they build are killers and for Kawasaki fans, looks are secondary, it is what is inside. Likewise for Ducati fans and bikers, a good performance engine from Ducati is always given; it is the sheer brilliance of craftsmanship that makes them go weak at their knees. For Ducati, it was always looks AND performance with probably looks having a little more weightage. Ducati didn’t realize that the U.S market then (and still now) was very image conscious and performance was secondary, after all before the V-Rod, how could one even associate HD with performance? Maybe Ducati didn’t think normally, but whatever was the reason, ultimately they could sell only close to 1000 units and in 1988, the production for Indiana was stopped. Why Ducati still doesn’t have a cruiser is nobody’s guess. The fab four from japan had similar machines but look at the lineup now, Suzuki Intruder, Yamaha’s Star series, Kawasaki’s Vulcan and Honda with a host of bikes have faired pretty well in the U.S market, Triumph was always there, somehow the Italians are little apprehensive about cruisers. MV does not have anything in the near future although Moto Guzzi do make some very impressive cruisers… umm actually they are more like a street bike cum tourer, don’t you think? So the Italians are still staying away from being hardcore cruiser manufacturers. 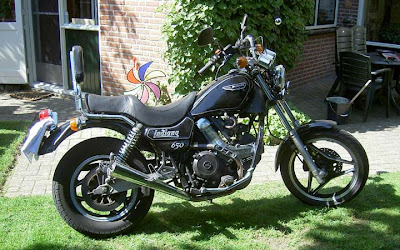 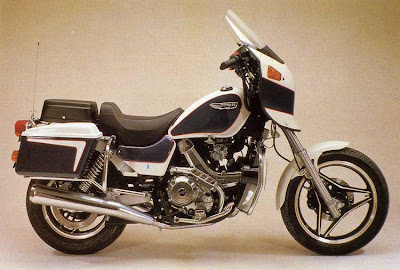 Performance wise, the Ducati could fend off any bike in its category and that too easily. It had a superb acceleration, good top speed, very sporty tyres, strong steering characteristics which you usually do not associate with cruisers and above all for these characteristics, it made a great city bike as well. There was innovation too as you look at the braking system on the Indiana, it featured two unconventional disc brakes; a smaller, 260 mm ventilated rotor in front and a bigger, 280 mm solid one in back. Come to think about it, what is that Indiana actually lacked? A small tank, a big seat, large handlebars, a long front fork to contrast with the big fork and wheel at the back, everything is there and some more, after all you do get the Ducati refinement and high quality, but then close your eyes and think about a Ducati cruiser and what should it look like. Your mind will probably draw a blank but thinking that whatever comes out from Ducati has to be radically different from anything else in the market and has to stand out among anything near it. And this was the thing that Indiana lacked. And the probable second reason was that it looked like a custom bike while the trend at that time was for originals. Custom bike concept picked up during the 90s. So would the Indiana be a success had it been released in the 90s? Doubt so, because by then custom bike meant fashion and honestly the Indiana as I mentioned looks like a home made custom bike and how on earth can anyone digest the fact that you can have a home grown Ducati. Ducatis are meant to be bought from the show case, worshipped and kept in the living room giving it more space than your Da Vinci or Picasso original. 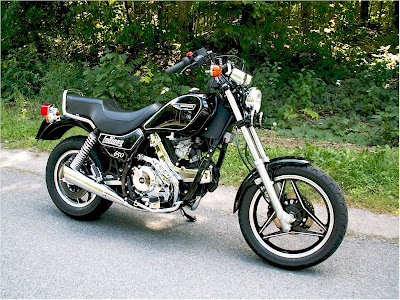 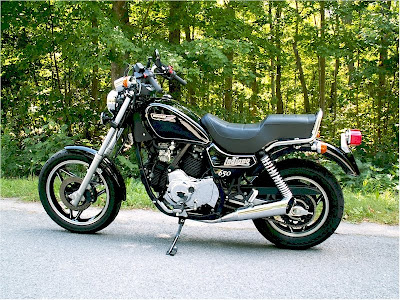