Goldammer ExperiMental with a 250cc rocket 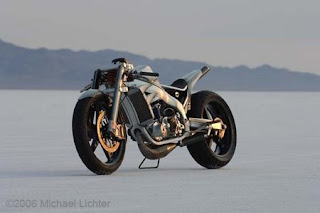 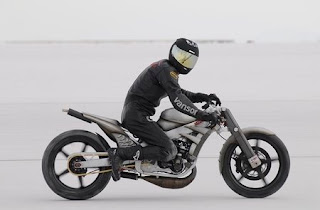 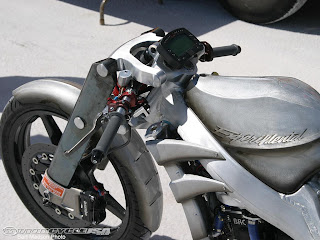 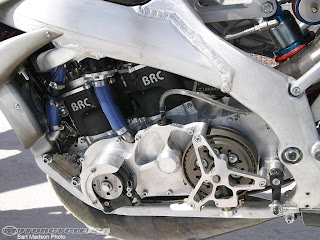 Photo credit Motorcycle USA where mentioned in the photo itself, others are from Goldammer website.
Usually a 250cc single doesn't really excite many a people and you probably wont give a second glance to it. Now if that 250cc happens to be a 2 stroker, okay, there may be a few raised eyebrows being a screamer.
Now add the fact that it was on the Salts for a drag race. And again add to that it was against a Vincent. Now just add that this particular bike is designedby Roger Goldammer. See, now you stood up! So you see even a single 250cc can make you sit up!
This is the ExperiMental. And yes, Goldammer has never done the ordinary but he turns ordinary into something beyond extraordinary just as he did in the stunning Nortorious, the supercharged single café racer. Although custom builders are immediately associated with long chromed frames and a V-Twin engine and of course it hold true for 99% of builders (Non-Japanese, since we know what they are really capable of) or lets say, 99% of American Custom builders, that 1% is made by genius like Roger who hails from Canada. It’s just that Roger Goldammer doesn’t build commissioned bikes anymore. He now designs customs for himself, as he wants to his own specifications and standards. His finances come through the sales of his parts line. 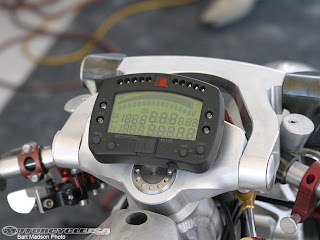 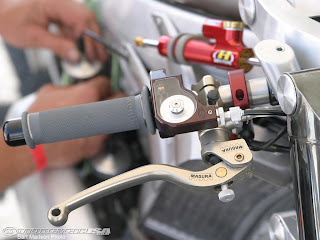 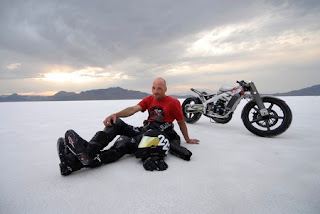 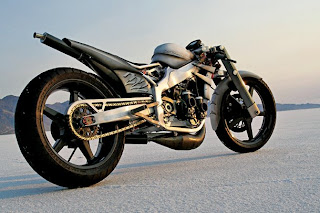 If you have gone through an earlier post on Matt Hotch’s Vincent Chopper, you must have read that the ExperiMental was the bike Roger had built for a TV episode of Discovery channel Biker Build-Off against Matt’s Vincent. In the salts, the ExperiMental at 128.774 mph (207 .21 kmph) edged out the Vincent at 99.728 mph (160.49 kmph). Imagine a 250 single doing 200+ and a 40s Vincent doing 160!!!!
That he won the build-off and the subsequent race in Bonneville is secondary. What we really need to praise here is that if there are no set limitations, what kind of out-of-the-box- thinking goes into the minds of a genius? I mean, just think about it, who would have thought that a 250cc engine can ever get this kind of an attention?
If you are still thinking of those figures, for the record, the ExperiMental managed to do a top speed of 212 kmph with a two-way average speed of 204.688kmph at breaking the previous record of 174kmph in the 250 M-G class, of course in the Bonneville Salt Flats. 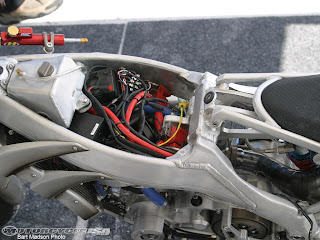 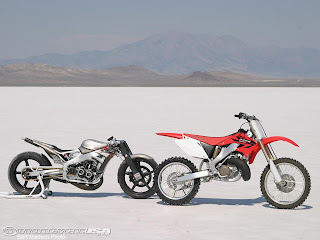 Roger has made a habit of winning Championships starting for his twin victory at AMD at 2004 and again in 2005. His custom bikes features heavily modified engines and his specialty definitely seems to be the single cylinder. The ExperiMental was a 2007 bike and that year too, he won the 1st Place at AMD World Championship 2007 Metric Class. What really is more interesting about the engine is that it is a two-stroke BRC 250cc super kart motor and the frame’s donor is the CR 250 which is actually a dirt bike. The frame is heavily modified and fitted with dual KRC supercart motors. So what went into the ExperiMental? A brand new Honda CR250R, which was completely stripped out. The dirt bike’s frame was chopped from the centre. It was then widened to accommodate the custom front end, you know, a new engine with modded radiators. Keep looking at the pictures, you can relate to the build process. The down tube and the lower frame rails were cut and modified to give the bike a lower and longer attitude. Look at the photo of the ExperiMental and the original CR250 side by side. 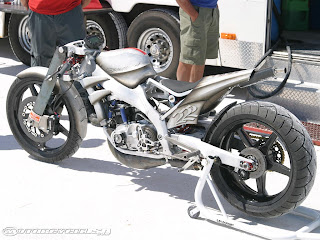 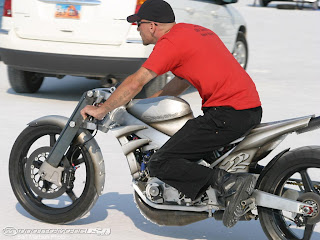 About the engine, these 250cc engines are used in go-karting and this engine was designed by Rotax/ Aprilia and developed by BRC. Actually this engine is used in the premier go-kart league, the Superkart series and as hard it is to believe, this engine makes 91bhp, thanks to the motor which has its cylinders placed one behind the other with two counter rotating crankshafts. The two crankshafts are geared together. It also features an electric water pump. You see the curved radiators, they are from KTM and that shape was given by using a wooden jig. The expansion chambers had to be fabricated but some portions came from a Superkart exhaust with the same kind of specifications. Look at the sexy classy front end. It features a girder style front made from aircraft aerostream tubing with a Penske shock unit while the rear suspension is from Fox racing. Other important features include the brakes which are made of ceramic/ aluminum composite material and those wheels. The wheels are 19 inch upfront and 18 inch at the rear and are made in ultra lightweight carbon fiber. 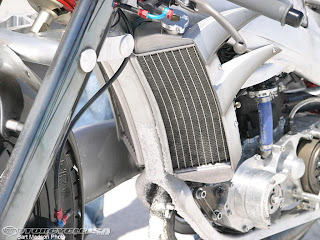 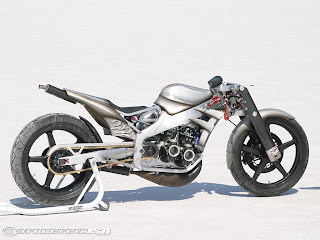 Whatever gave Roger the idea or no matter who gave him the idea, but what is ExperiMental is, is a divine creation of work from the mind of a genius, that long and low geometry, with a bare minimum bodywork makes it very unique. I strongly doubt anyone except Roger will try for anything so radical as the ExperiMental. Well, of course, you can have it. You see, Roger has given up building customs for clients and he needs money to experiment on bikes like these. He said he has a few bills to pay and as such as he has all the bikes he has built till now, so he is selling off the Nortorious and the Experimental (and now his website lists even the 'Trouble' for sale) at a little over $127,000 and $116,000 respectively, I mean that’s the asking price, so… 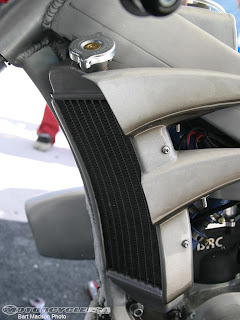 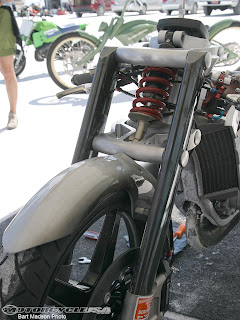 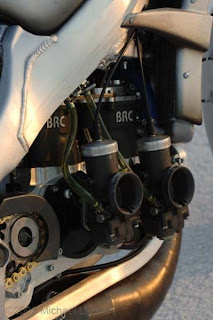