HARLEY DAVIDSON VR 1000 - The Ore of the Revolution 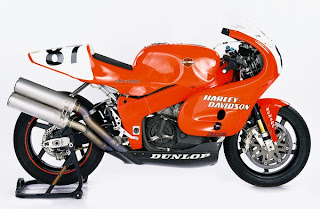 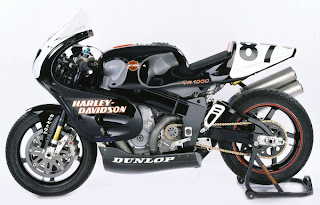 We all have heard and seen the only Harley-Davidson Superbike which never took off from the factory. Although the current portfolio and in general, HD has majorly imaged itself as a tourer-cruiser brand, occasionally HD deviates itself from their image to give us some very definite products like the XR TT750 which was the best track racing bike of its times. But then again, they are into projects like the NOVA (the most read post in this blog) which would have seen a sea change in the history of motorcycling and not just in HD history, but then… A very similar story follows for the VR 1000 Superbike, a bike with so much promise but which never got to see the road.
Back in 1988, two gentlemen working for HD dreamt about the ultimate Superbike that HD can offer to the then non suspecting world. They were Mark Tuttle, the then VP of Engineering and designer Mark Miller. They knew that have something very big in their kitty. Of course it had to be, and it was in the form of a liquid-cooled, fuel injected V-twin which will dominate SBK racing. In 1989, these gentlemen bought their half done product to Roush Racing to complete the engine design phase. Another gentleman, Steve Scheibe, designer joined the team and he started working on the main part of the heart of the VR 1000, the cylinder heads and the machine's fuel injection system. Mike Eatough who specializes in GP chassis designs joined the team for the chassis design and it is said that he designed as widely believed, one of the best Superbike chassis ever. But then Steve left Roush and they got the project back to the HD factory and time took its toll and finally what started out in 1988, in 1993, the VR 1000 took its first road test in Gratten Raceway, in Michigan. And finally went into official racing by 1996. 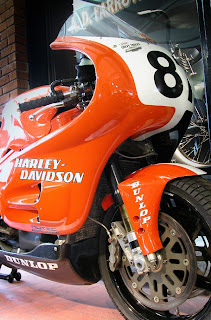 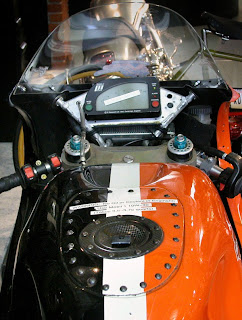 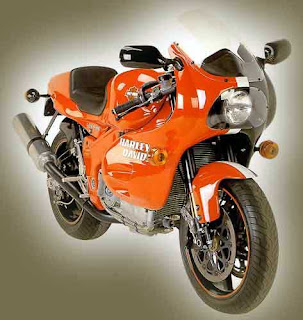 So what went wrong? You see, the bike was envisaged in 1988 and the engine specifications were designed with that time period in mind. When it was released finally in 1996, almost a decade later, other firms have improved by leaps and bounds, especially DUCATI with their mesmerizing 888. With almost 150bhp power, the VR 1000 would have exploded in the early 90s, but in 1996, they fell short. Moreover, the Jap completion took a beating from Ducati, so they all went back to their drawing boards in the early 90s and unleashed a range of new killer products from the stable to match Ducati and HD was stuck in time zone.
Officially, the bike made its debut in 1994, I mean for the public at the Daytona 200. The debut bike had the HD racing genes like the XR TT750 with the dual black and orange paint (black on left side and orange on the right side) with Wilwood brakes, Ohlins for front suspension and Penske forks on the rear. The racing team comprised of Miguel DuHamel and Fritz Kling, two men who had already made their mark in the racing circuit. They started out with Miguel but it was evident the VR 1000 was not ready for the real field, it could perform for short laps but certainly not for the track which would require up to an hour of constant performance. Miguel was not able to finish the race on the very first official race and if running way back was not a problem enough, there was a loud explosion. It was found that there were electrical problems and loose pieces inside the engine, obviously which has fallen off from its bearings. So even after 8 years of its conception, the VR 1000 was not ready. 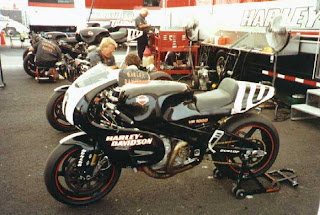 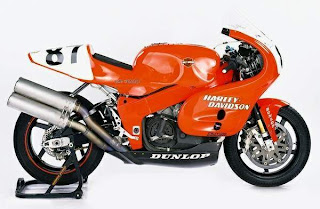 Notwithstanding the initial hiccups which happen to almost all the companies, Miguel was actually able to deliver the goods at many races and another incident occurred in Mid-Ohio where he was leading the race till the shift lever fell off the bike! It also belied some pundits when it managed a very good run at Brainerd as pundits believed it won’t be able to sustain a mile long front straight. In 1995, Miguel left HD and in came Chris Carr, dirt track ace rider and he took the VR 1000 to the one and only pole in the bike’s name at Pornoma. In 1996, the VR 1000 was quite consistent throughout the season. Not that it was not with credits but somehow lady luck deserted it quite often than not. Tom Wilson won the Mid-Ohio Superbike race on the VR 1000 and crossed the finish line first only to be shown not the chequered flag, but the red one to stop the race put the race back a lap, Wilson was not lucky the second time. Again at Sears Point, Carr and Wilson finished second and third in that race and again it was red-flagged and re-started. On the re-race, they finished 4th and 5th. Also of course there was some technological hiccups. Like in the Sears Point, during the re-race, they had some clutch problems and once Pascal Picotte led the Daytona 200 for a few laps before slow pit stops doomed him to a poor finish.
After Wilson and Carr, came Scott Russell, former World Superbike champion and Daytona winner, but Russell had never raced a Twin and HD would have probably benifitted more if they spent the money on R & D instead of getting these famed racers on board. After all how much can a racer do if the engine still needs to be worked upon? 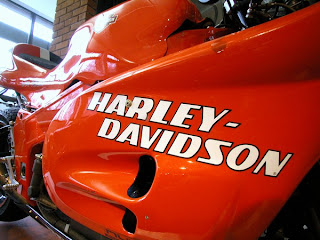 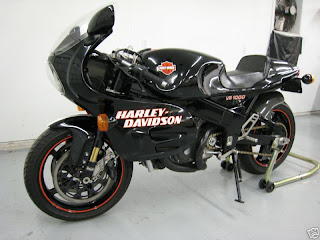 So why does and is so much being written about a bike which was not really a success? There is something more than just the bike. HD knew that with little work, they have a deadly product in hand and it is said that for that purpose, all the top notches were vying for power. If they couldn’t, they would try killing the project. All this in house struggles were really sidelining the product. Steve Scheibe working on the engine had a fall-out with VP of Engineering Earl Werner and Erik Buell. The management didn’t see enough reason as to why spend so much on a product when they have an established cruiser and tourer line up? It was difficult for them to comprehend that to compete with the Jap 4 and Ducati, Hd had to shell out millions on R & D. At times, they were even unwilling to continue the race circuit. And somehow the management was not at all in favour of Steve Schiebe. And without Steve, the VR 1000 just can’t go ahead. See, HD didn’t have a racing record as per se, this was new, so obviously a lot of money has to go into the prototype turning into final product building stage, but the management of HD was just happy selling the lifestyle bikes and didn’t want to scratch their heads all over. 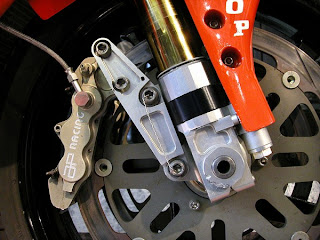 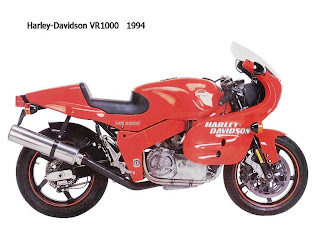 Of course, all these lead to serious time lapse and during this period the other companies went ahead in leaps and bounds. Soon after, Steve left and John Baker filled his shoes. And the project stalled here. Later Baker in 2001 fuelled his thoughts that the VR might be back and even Eric Buell has admitted that a sportbike utilizing Harley Davidson's VR1000 engine is in development but in 2002 HD simply said ‘No’ to the race season and have no plans as of now to get back to road racing..
But it could have been so much different. In the 80s, when the XR750 was dominating the dirt race tracks, HONDA was nowhere in the picture. But they wanted to make an impact and later, we all know it did. How? Simple, get the best riders, get the best tuners and soon after, they started winning, so all it took was a lot of money. That’s it. Honda didn't care how much it cost, they simply yearned to win and they did. HD top management probably never really wanted to win or was just not convinced in spending. Just 50 of them were built with a listed price of $49,490 and some are even now available on ebay and I saw a listing on olx. Well, to bring your smile back, let me tell you, the hugely successful V-Rod has been based on the VR 1000! In the hindsight, what could have been… well, we will never know… at least for now.
Read a track test on the VR 1000 in a Motorcycle.com post. Lots of VR 1000 links here.
Source of some photos – Motorcycle Museum, Source of racing photos- Andrew Rosenthal